The Vanilla Textures Expanded Mod is a full-scale overhaul of vanilla (unmodded) RimWorld textures, with its main aim being not only to fix less aesthetically pleasing textures, but also to bring vanilla aesthetic in-line with that of Vanilla Expanded mod series.

This texture pack includes over 450 textures remade in vector-based software (same method used for Vanilla Expanded mods), exported into 2x the size of vanilla textures. What used to be blurred before, now will be sharp and crisp, even if zoomed in fully using mods by the likes of Camera+.

Since this mod is a simple texture replacement, it will be compatible with everything. In case you’re running other texture replacement mods, make sure to place them BEFORE this one in the mod load order in order to have them prioritised. 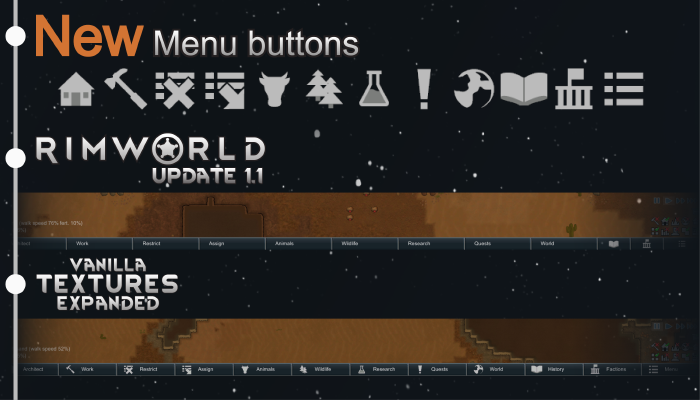 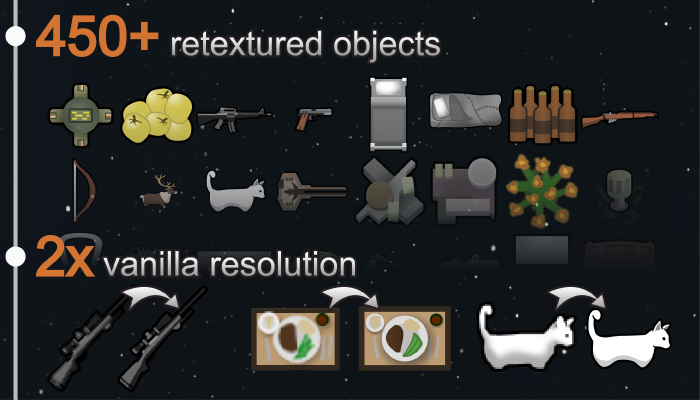