Vanilla Persona Weapons Expanded is a mod that makes persona weapons a little bit more spicy – but only visually so. It never felt right that such a unique weapon does not actually look that unique – you can meet dozens of imperial royals, and all their persona weapons will just look like copies of themselves. I mean, you’d probably customize your own weapon to be a bit more unique if you had it, am I right?

With this mod, players not only are guaranteed a persona weapon of their choice and design upon reaching a rank of a Baron/Baroness, but every persona weapon in the game will now have a unique look. There is over 50 thousand different combinations, so I really doubt you will see the same looking persona weapon twice.

What’s best is that you can actually customize the looks of all your persona weapons. You get to decide the shape of the blade, the detail pattern, the handle of your zeushammer and the flameguards of your plasmaswords.

This mod only adds this functionality to persona monoswords, persona plasmaswords and persona zeushammers. Other mods that add new persona weapons will not be affected.

This mod will not work with any mod that retextures persona weapons. 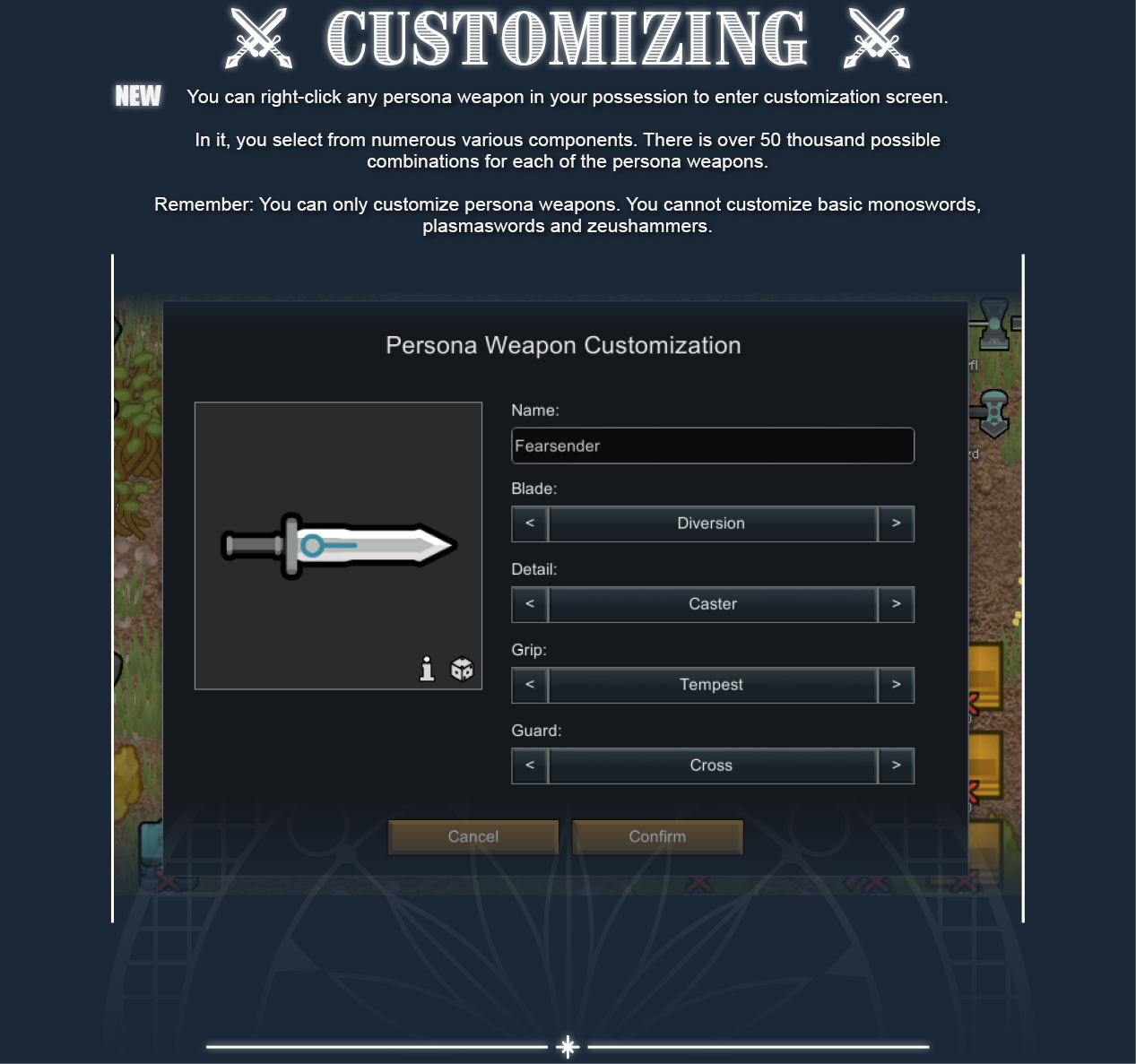 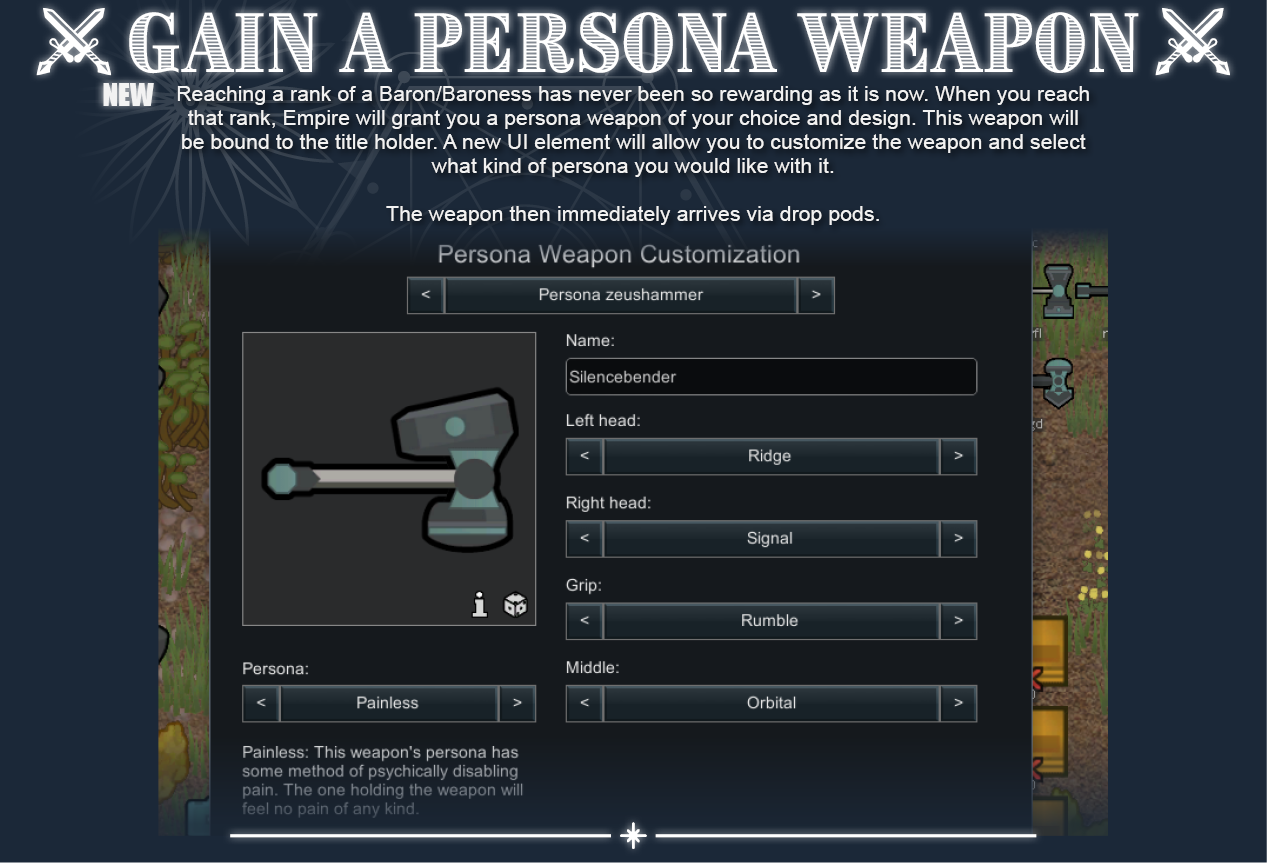 A: Can I add it mid-playthrough to an existing save?
A: Yes, definitely.

Q: Does this work with Combat Extended?
A: Yes.

Q: Does this work with Yayo Combat or any other animation mod?
A: Yes, it should.

Q: Is there a stat difference/damage difference based on the shape of the blade etc?
A: No, this mod simply adds a visual change.

Q: Do you remove that ugly orange/purple overlay from persona weapons?
A: Yes. It’s there in base game royalty to differentiate bladelink weapons from normal variants. Now it’s no longer necessary, as bladelink weapons have unique textures. We remove the overlay.

Q: Can you do the same for weapons from X mod?
A: It took an awful lot of time to do it for the three weapons you see above. Please ask the authors of the mods you’re talking about to do it themselves.

Q: Can another modder add more textures to the mix?
A: Yes, you or they can easily add new variations for weapons. New blade shapes etc. Easy.

Q: Does this mod add 50 thousand new weapon Defs?
A: No, we simply hijack texture generation and add a system to randomly generate textures from various components. It’s all in Vanilla Expanded framework, so you can use the same system in your mods!

This mod will not work with any mod that destructively retextures persona weapons.

Issues: If you encounter an issue, make sure you have a Hugslib mod running. Go to dev-mode console and press the green ‘Share Logs’ button and paste it in the comment section.

Additional credits:
Oskar Potocki, a mod designer and artist responsible for art.
Taranchuk, a programmer who coded the mod.
Rimworld is owned by Tynan Sylvester.