Have you ever wished you could tweak the world you plan on to your liking? Remove certain biomes or roads? Make one biome spawn less or more? Make the world the size you want and not the one pre-selected for you? Have more mountains or only the sea with a few islands? Or save your world as a preset for later colonies? Or share that preset with a friend?

If your answer is yes, then ReGrowth: Expanded World Generation is the mod for you! Unlike all other ReGrowth mods, this one is standalone! You don’t need ReGrowth:Core or anything else (other than Harmony). It’s made for everyone! Whether you like my mods or not.

Here is an overview over everything you can control with ReGrowth: Expanded World Generation:

Both sliders are added to allow more control over biomes. This will take some playing around for you to get the hang of and fully understand. If you just want to disable one, set the multiplier to 0%.

It does however allow you to see how the planet you are making would look with your current setting. It’s not 3D, so you can’t rotate it.

I also want to be clear that this mod has NO training wheels. You can go crazy with it. If you make a sea ice world and set the temps to maximum you get 70 °C ice sheets. You can do whatever you want!

Added a “Hide preview” button. Gives more room to biome and faction-settings and does not consume resources by regenerating the preview when changing values. 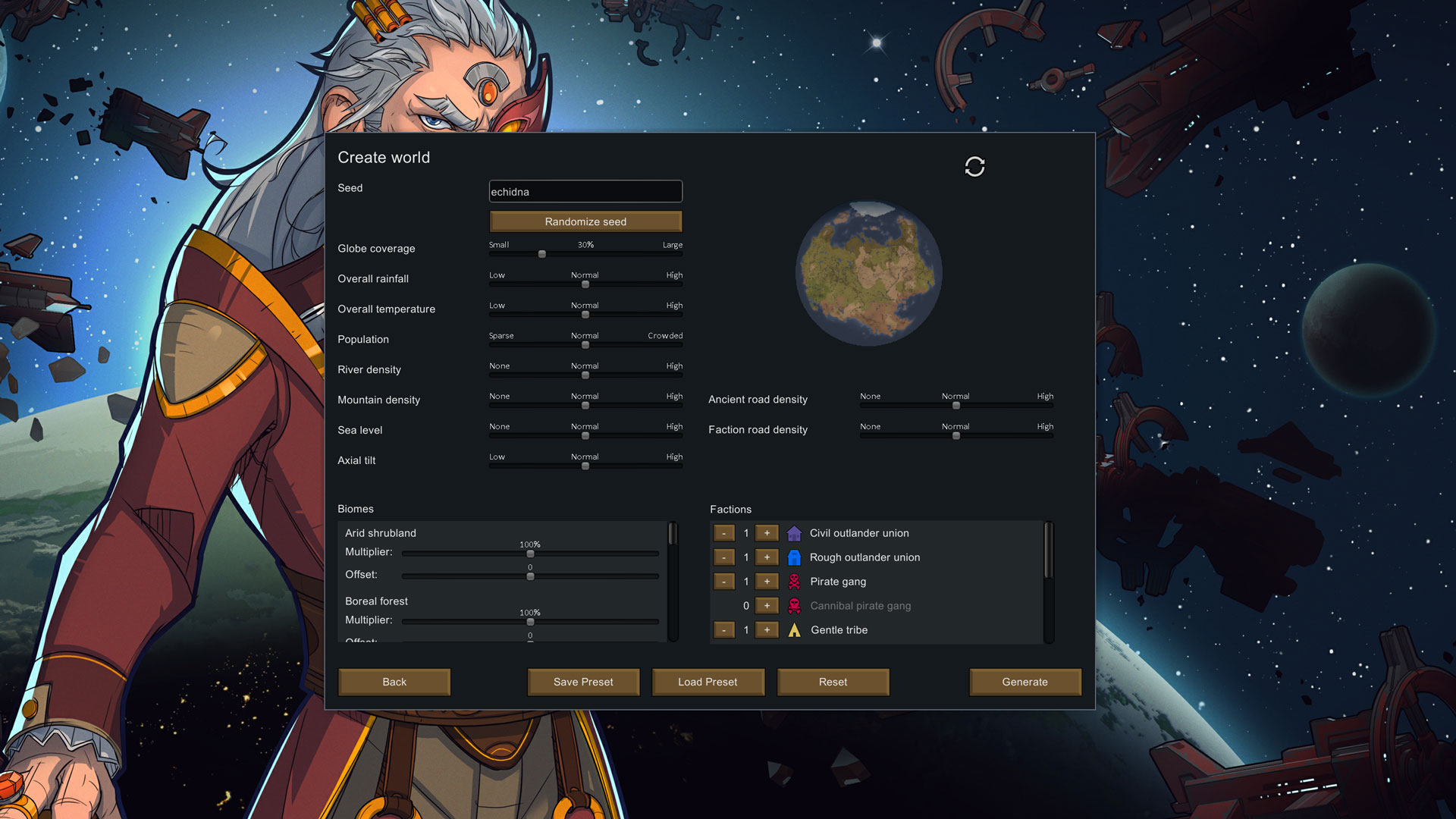 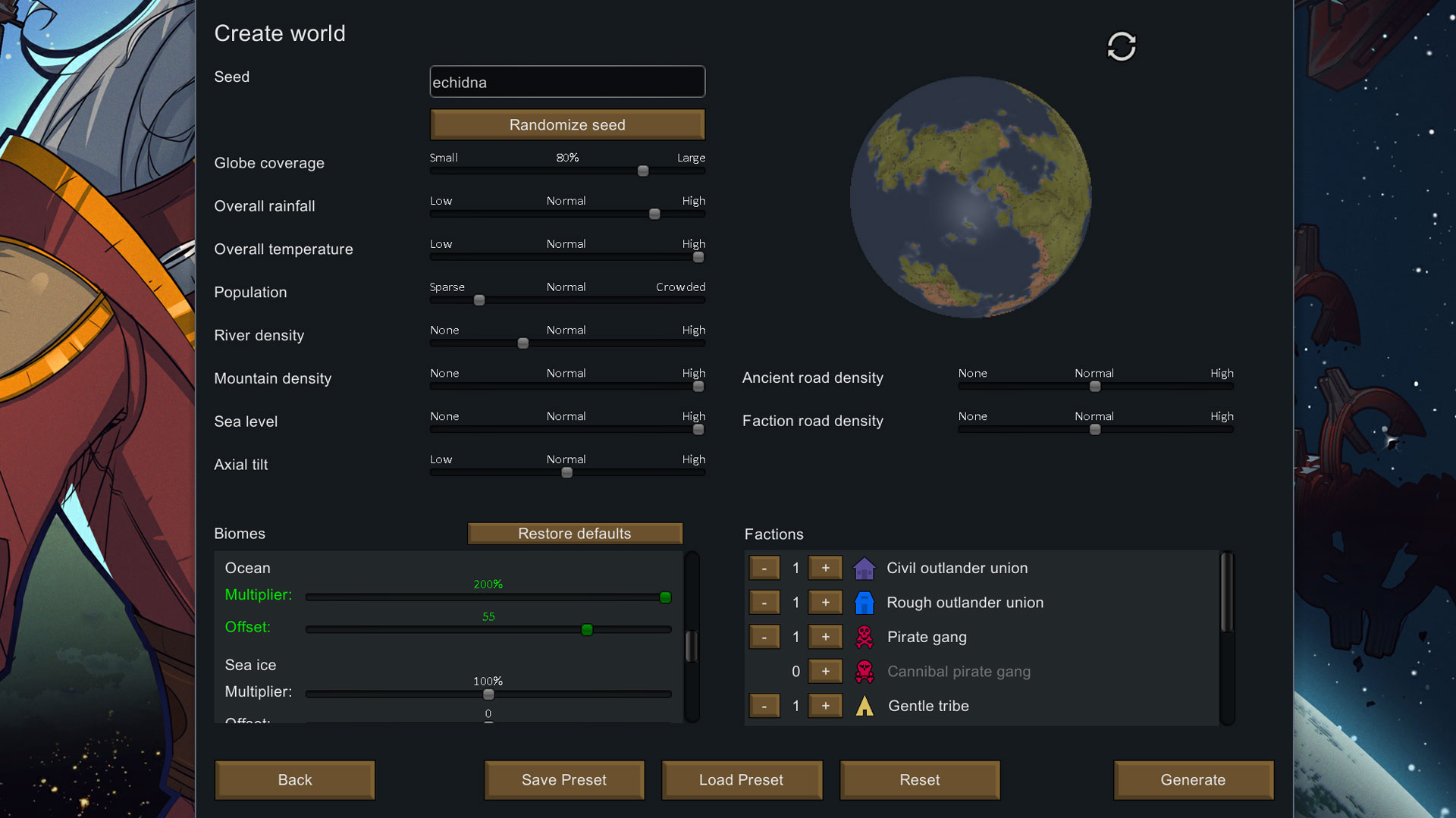 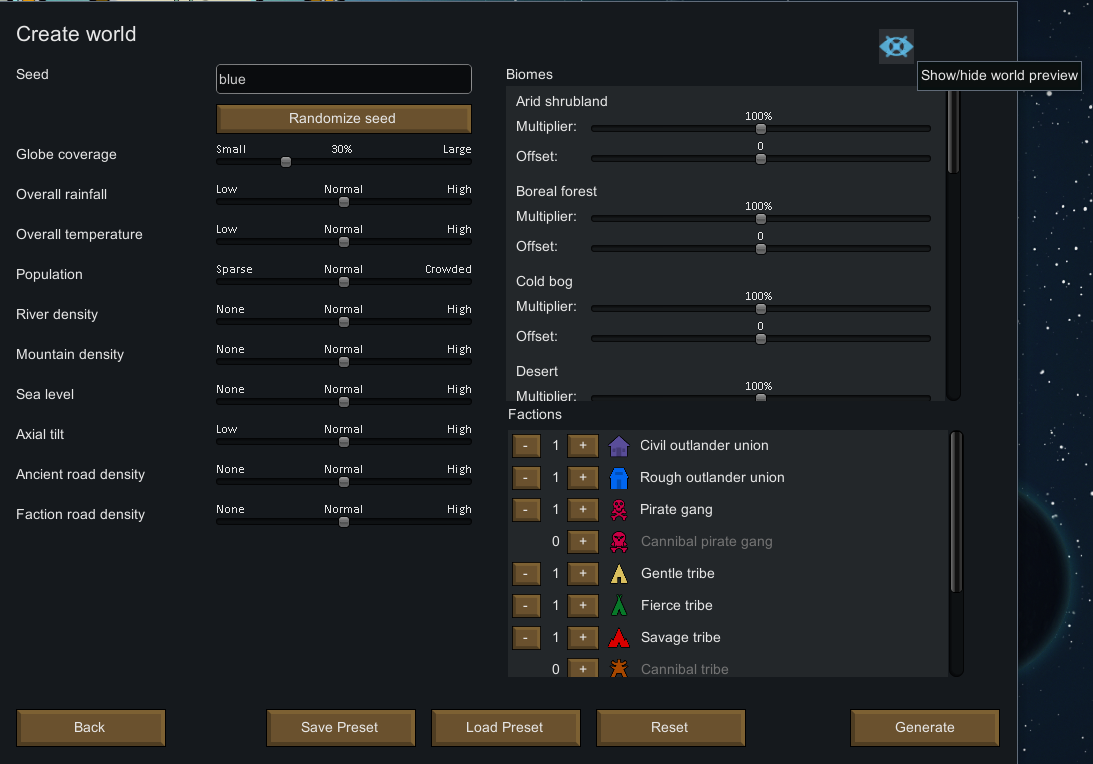 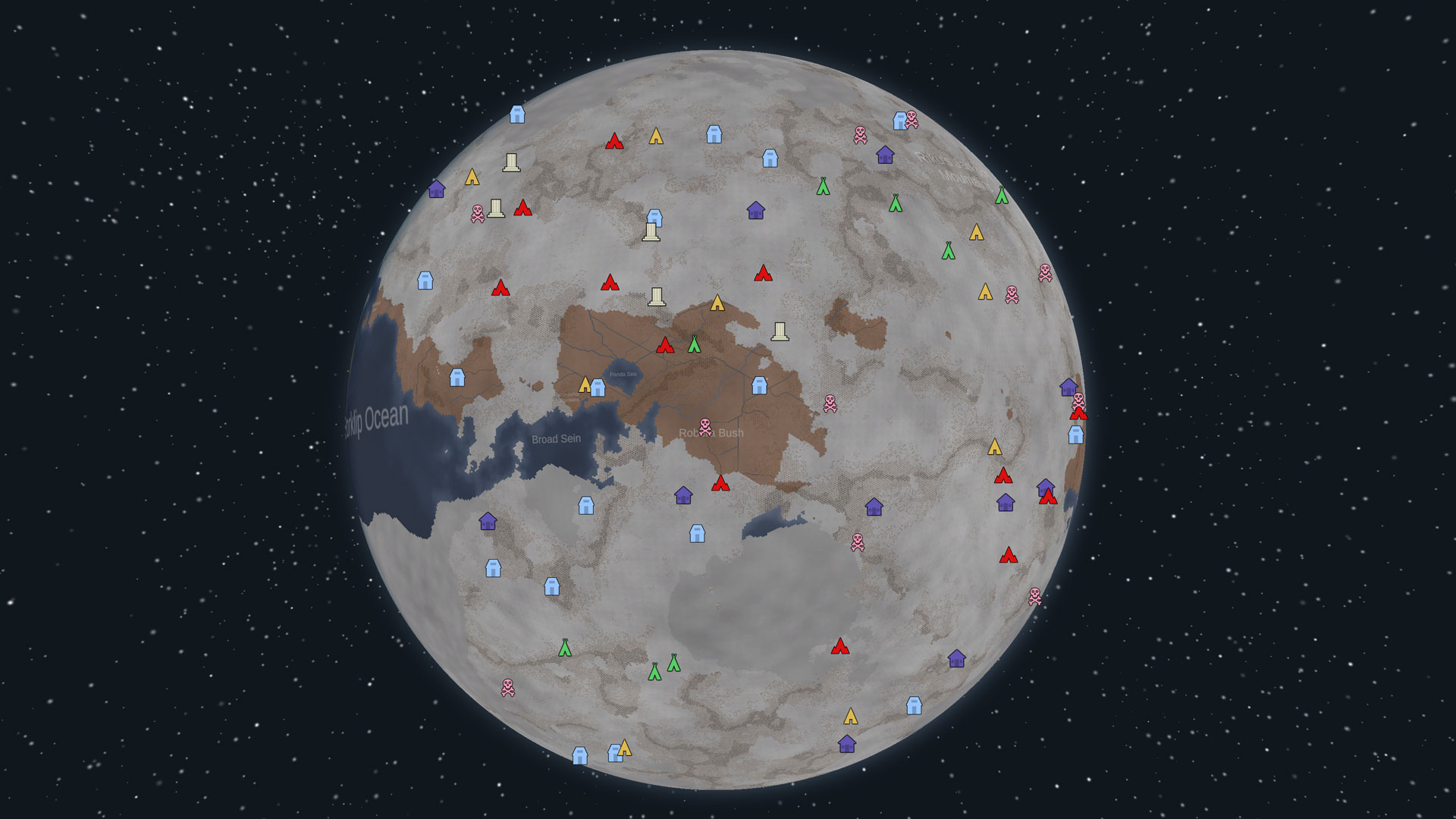 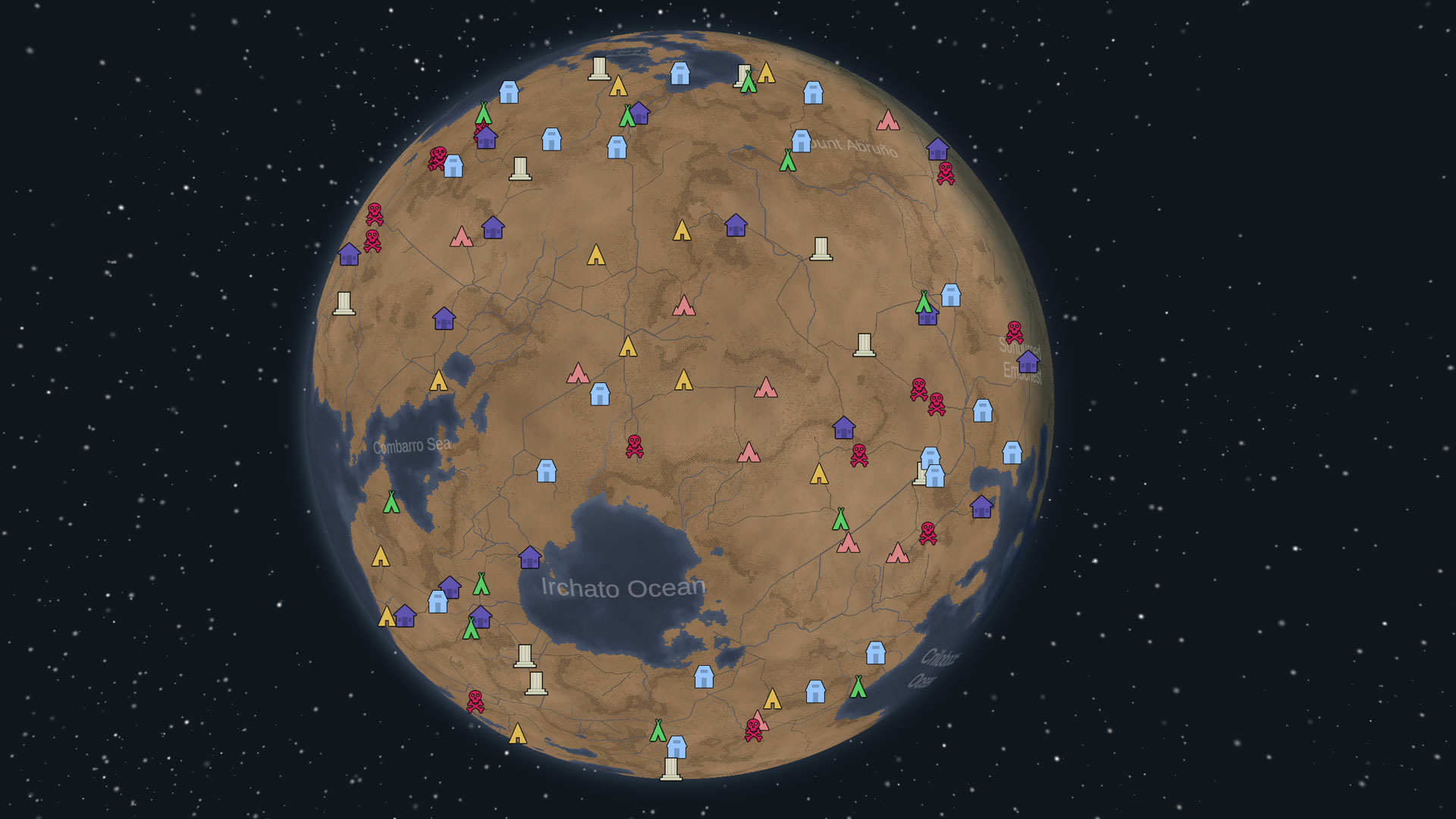 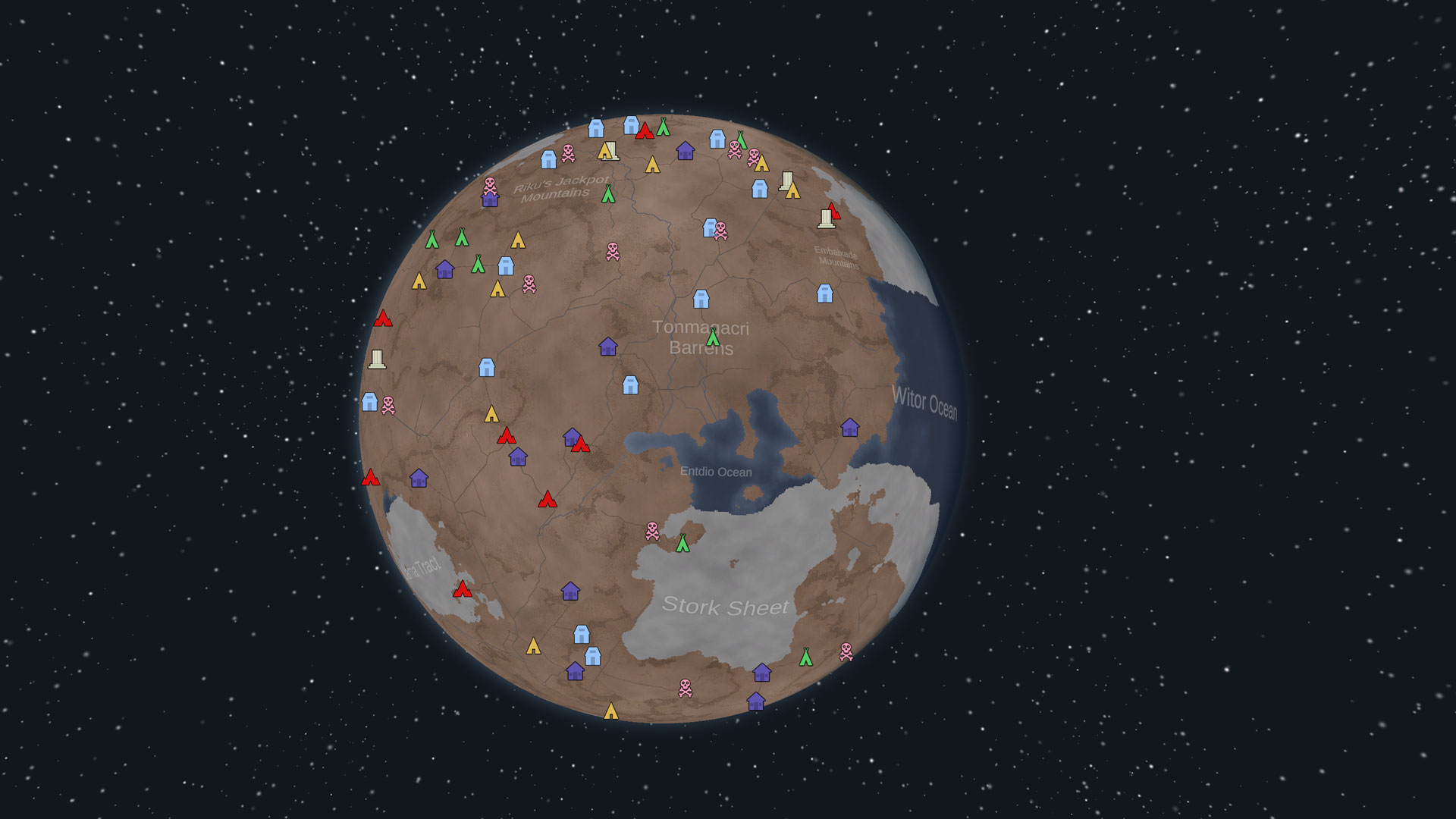 We tried to make it work with as many other mods we could right away, here is a list:

However there are mods that are, as of now, not working with it:

– Prepare Landing: We tried to make it work, but they must look into it from their side.

Q: Can this mod be added to an existing save?
A: Yes, but it doesnt really help you in any way.

Q: Can this mod be removed from a save?
A: Yes, as far as we know you can! You will get some red errors after loading your save, but they should be harmless.

Q: Can I make world type X?
A: Yes, with enough time you should be able to tweak and fine tune the planet to your liking!

Q: Can I share a preset with my friend?
A: No, not yet, but that will come! Right now you can only save and load them yourself!

Q: Why should I use this mod?
A: Because why not?

Q: The preview takes forever!
A: Yep, it does. It needs to render a nearly full world, just like when you click generate. It is only a little bit faster. Why we added it then? Because we could.

Q: Does it scale with the UI?
A: Yes, altho there might be some issues left we haven’t found. Please report them!

Q: Does it require ReGrowth: Core?
A: No!