Author of the Originals Mod:

A Rimworld 1.3 Immortality mod, where certain pawns hold enough power to fuel everlasting life. Similar to immortality mechanics in TVD and the Originals TV Series, immortality is now based on the heart. Staking an Original slows down their immortality and ability to resurrect, and destruction of the heart is key to finishing off an Original for good. A truly dead immortal releases a shockwave, and other lucky immortals in the area will be able to absorb their power and increase their own Originality, possibly increasing their resurrection powers as well. 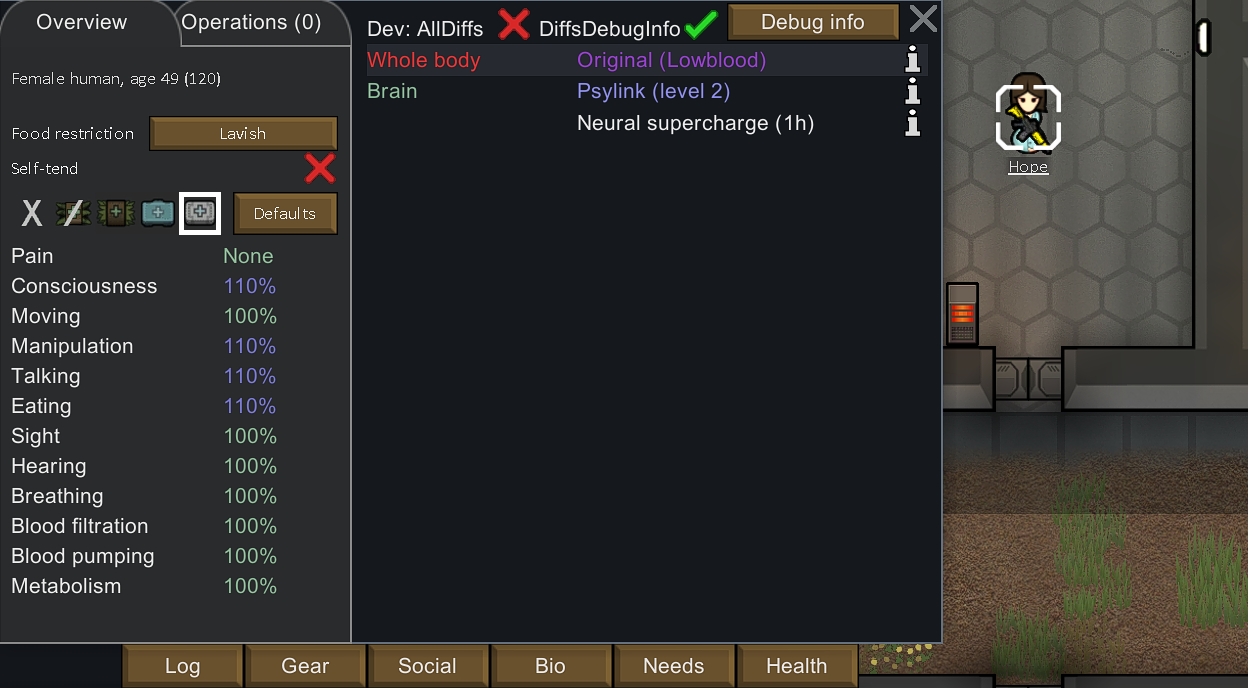 Mortal: Lowest tier of Original, those who have just enough original blood flowing through their blood to trigger a transformation into a lowblooded Original on their death. However, no one knows they’re immortal until they face death for the first time, as they exhibit no special healing or regrowing properties.

Lowblood: All mortals with Original abilities become a lowblood after their first death. They have healing abilities far greater than any mortal, but are still susceptible to losing body parts, such are arms or legs. They no longer fear the wrath of old age, as their powers negate all negative effects of time.

Fullblood: A “standard” being with Original powers, has faster healing powers than lowblooded Originals, and also have the ability to regenerate body parts, such as limbs, though at the cost of large amounts of pain.

Highblood: Much improved healing powers, and resurrection is faster compared to Fullblooded Originals.

Original: Someone who was either descended directly from the Originals themselves or who have killed so many other Originals that their power has increased to unfathomable levels. These beings have blazing fast resurrection, regeneration, and healing times, and are nearly impossible to best without an army against them.

Any pawn can be staked when incapacitated, and it is a simple way of determining whether a pawn is Original or not. If they are, they will recieve a staked hediff, and be quite incapacitated for a while. If not, their heart will be destroyed and they will promptly die. Any dead body can be staked, and for Originals who are staked, and it will increase thei resurrection time by a massive factor, usually a few days, depending on the amount of Original power they possess. This is very useful for dealing with the highest tier Originals, as they have very fast resurrection speeds. This mechanic is not fully fleshed out yet, and might be updated in the future. More technical information on my Github