The Map Preview Mod adds a map preview to the world map. It shows you the map that will generate if you settle on the currently selected world tile.

The size of the preview window can be changed in the mod settings. To easily turn the preview on/off, you can use the small toggle button in the bottom right of the world map.

This mod was developed as a QoL addition for Geological Landforms and works great alongside it, but can also be used without it. 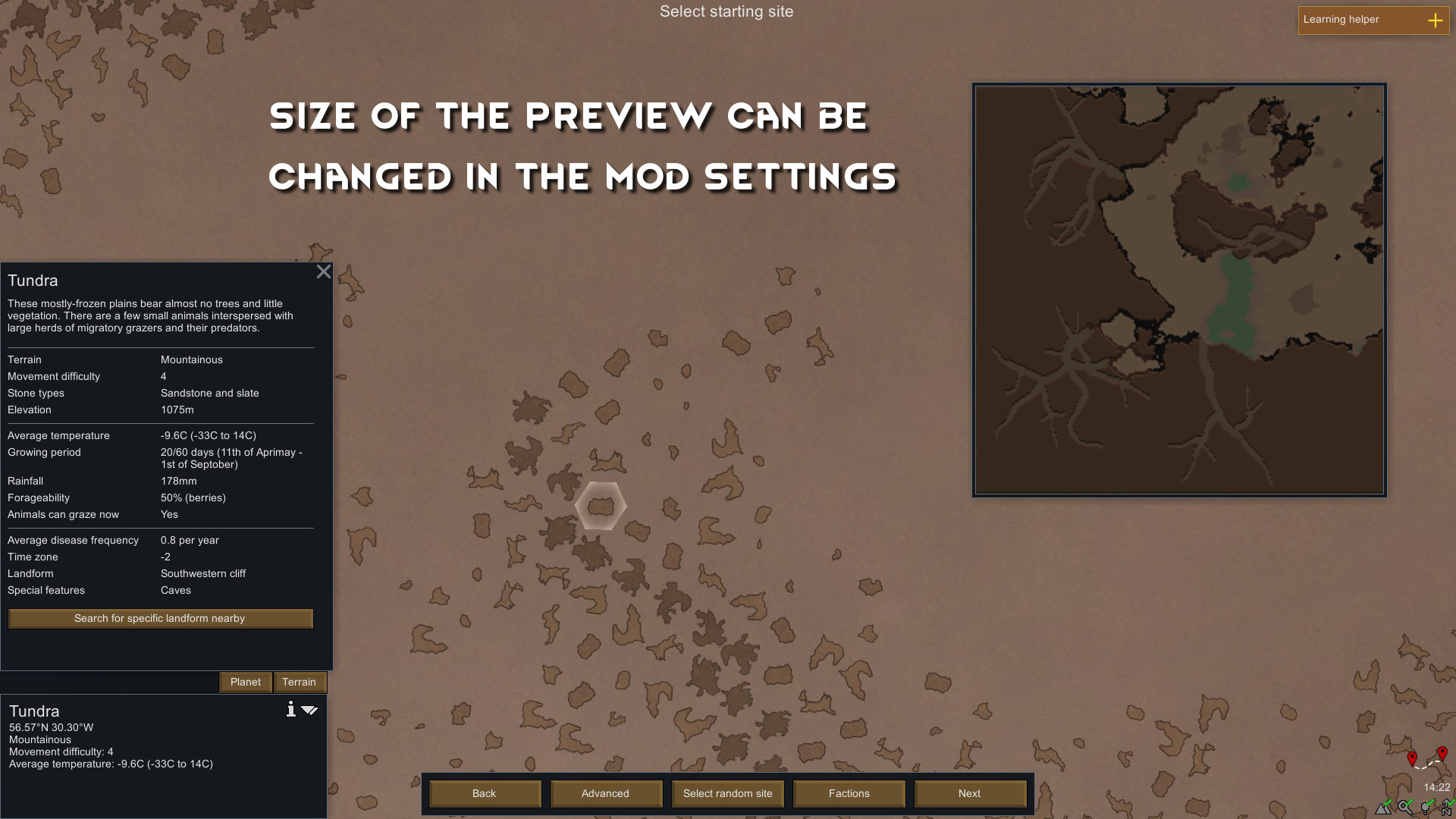 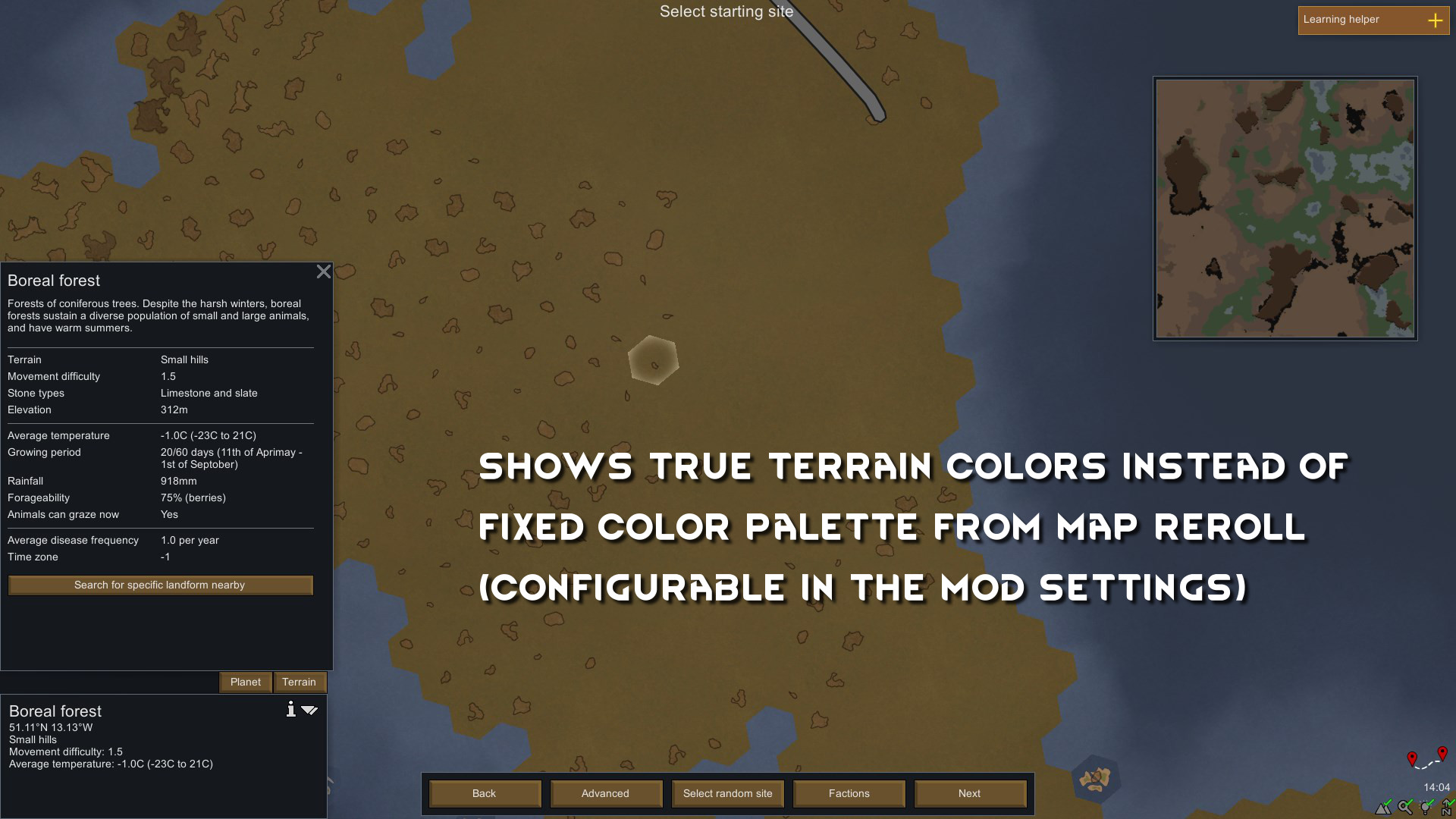 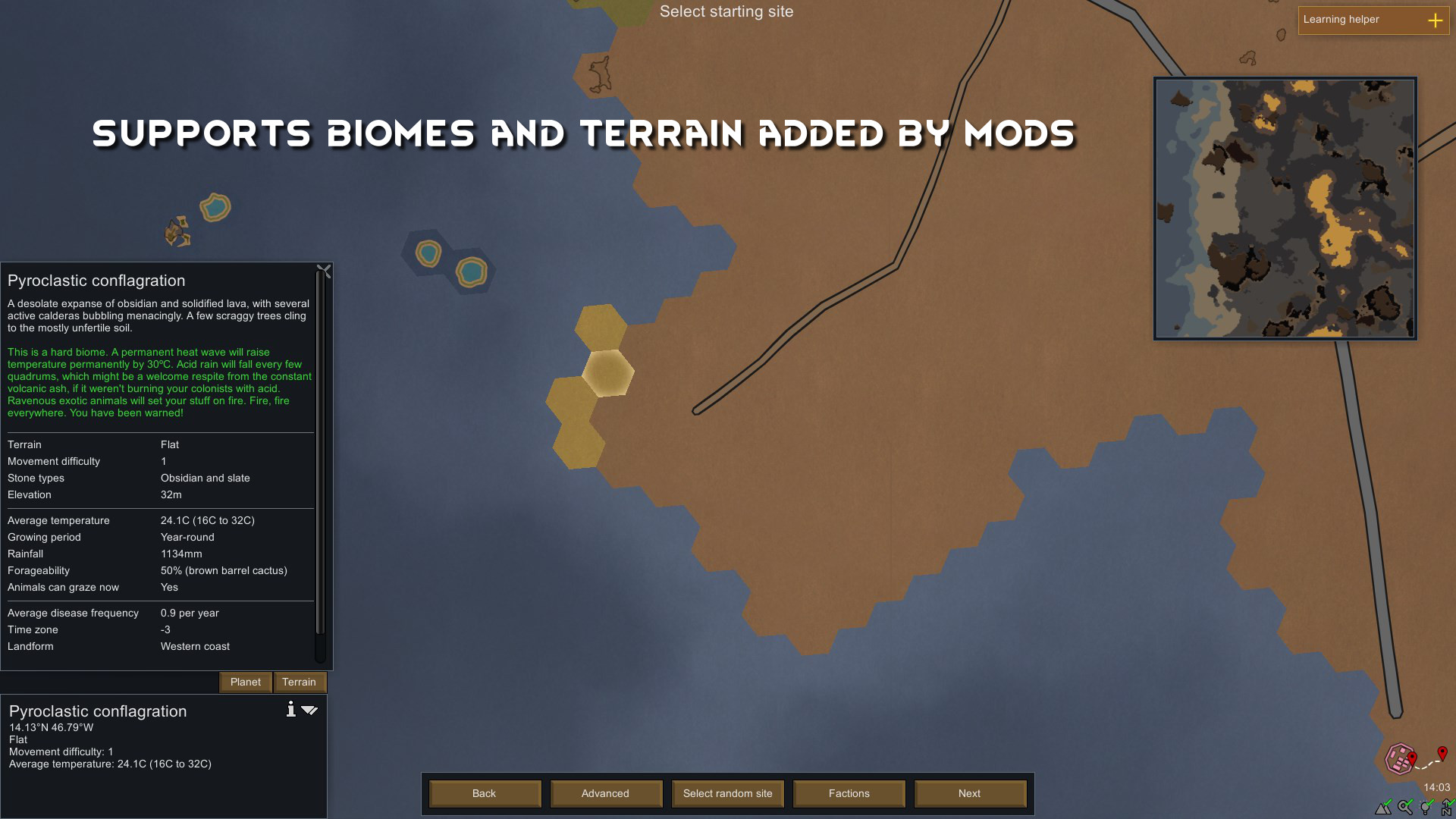 > Can I safely add or remove this mod from existing saves?
Yes.

> Does this also work during an ongoing game, after selecting the starting location?
Yes. For example you can use it when starting a caravan or creating a second settlement.

> Does this slow down world map generation?
No. Nothing additional is generated until you actually select a tile and trigger the preview.

> How long does it take to render the preview when you click a tile?
Usually less than a second, unless there is a huge cave or complex modded biome on the tile, then it can take a bit longer.

> Will the preview/map be the same when I select the same world tile again later?
Yes, RimWorld generates maps with a seeded RNG, so same world seed + same location = same map. Unless some other mod messes with that system.

Terrain added by other mods is supported via the “True Terrain Colors” feature (make sure it is enabled in the mod settings). If you find any mods that cause the previews to be inaccurate or incomplete, please let me know so I can add a compatibility patch.

When reporting bugs or mod conflicts, always upload your log file via HugsLib (press Ctrl + F12 directly after the problem happened) and include the link in your message. Without a log file there is no way for me to figure out what exactly is wrong or how to fix it.

Not compatible with the Multiplayer mod.

This mod uses modified code and graphics from the mod Map Reroll created by UnlimitedHugs.

Idea for mod concept by orbittwz#2340

Alert! The Map Preview Mod requires the HugsLib Library and the Harmony Library in order to work.
Sending